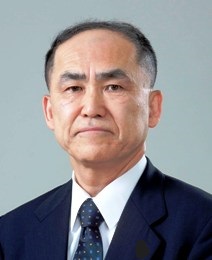 It is my great honor to serve as the 105th president of the Institute of Electrical Engineers of Japan (IEEJ). I would like to continue my efforts to further develop the IEEJ together with all of you for the next one year.

The IEEJ was founded in May 1888 as the purpose of establishing “to share knowledge and promote future progress for the encouragement of electrical engineering and its applications”. This year will be the 130th anniversary of foundation. The history tells us that there are results of pioneers who believed in “the possibility of electricity as energy” and accomplished various challenges. Meanwhile, also in Japan today, information, people, organization, logistics, and finance are connected to each other, the” era of major revolution” is coming in which the way of business and society changes instantaneously and we are entering the era to open up “new possibilities of electricity”. Since electrical engineering is an academic field closely related to all sectors such as industry, life, disaster prevention, diplomacy, trade, defense, medical welfare, etc., it is expected that the possibility of innovation will widely expand by integrating electrical engineering with different fields. In the 5th Science and Technology Basic Plan that Japanese government proposes, in order to realize a sustainable energy environment, contributions of electrical engineering are expected in the very wide field such as the development of smart community and infrastructure system.

Now that the IEEJ is celebrating its 130th anniversary, I would like to learn the challengers’ spirits of the pioneers, confirm again that “electricity is the driving force to create social innovation” and think with all of you, the IEEJ’s role in order to expand “new possibilities of electricity”. As an advanced expert group, the IEEJ has been working on increasing the global information dissemination capability through journals, international conferences, etc., and also promoting cross-divisional research on new initiatives like technology mapping in order to contribute to the establishment of a future smart society. This year, we will deepen and develop our activities so far, and we will continue to develop conditions so that the IEEJ can fulfill the role of “the innovation platform open to society”. By doing so, I would like to fuse various technical fields, deepen the open exchange that connects the academic world and the industrial world, and hope to contribute to the development of the society with the global standards in mind. In addition, we will adopt a mechanism to reflect the thoughts of young and medium class members who are responsible for the future of electrical engineering, and aim for further activation of the IEEJ.

The IEEJ is supported by the members and is a place where members engaged in electrical engineering are self-learning. In addition, in a society that is undergoing a major change, I hope the IEEJ would be “the innovation platform open to society” that can embody “electricity is the driving force to create social innovation”. Contributing to the development of society, promoting the further activation of the IEEJ, it will be operated so that everyone from young to senior members will be more active through the IEEJ, thank you very much for your continued support.